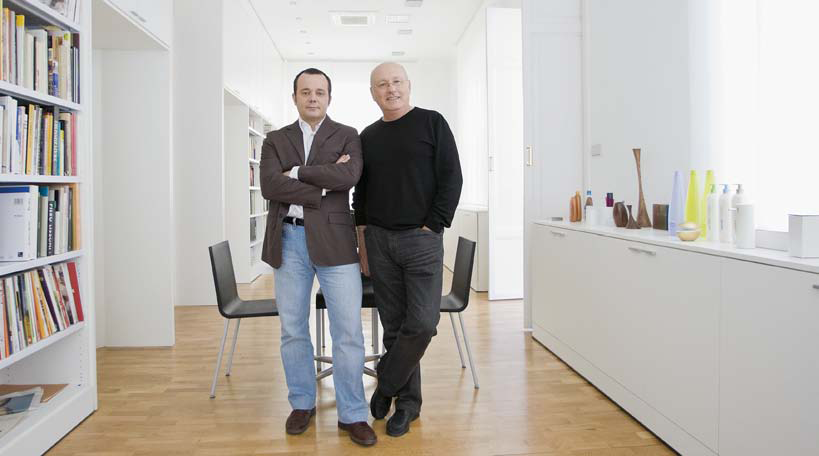 A design studio situated in Valencia. Their work is focused on projects both in industrial and graphic design in all their various forms (editorial, corporate identity, packaging, web sites, etc…)

In 2000, Alberto Cienfuegos (Granada 1972) who was part of the studio since its foundation, became a partner with the role of creative director on industrial and graphic design projects.

Both of them have have been professors at the University of Valencia.

They have taken part in several national and international exhibitions and conferences, and their work can be found in a great number of specialist publications.

In 2007 they were included in Taschen’s book Design Now!, an in-depth exploration of contemporary design collecting the latest works by 90 of the world’s leading designers.